Not all warriors battle visible enemies, in fact, it’s the enemies you can’t see that prove the trickiest to conquer. These enemies require you enter the battle arena armed with different weapons…like  radiation, chemotherapy, faith and determination.
Shelly is one such warrior. She met cancer headfirst on the field of battle and, I am happy to say, kicked its ass. She came into the studio today with her husband, Blair, for photographs celebrating her victory. She brought with her pink boxing gloves and a bright pink scarf. She snuggled into her husband for one of the poses and as I wrapped the scarf around them both I realized that this wasn’t just Shelly’s victory…it was a “Team Shelly” win. Watching the admiration and loyalty shining through Blair’s eyes brought home to me that one of the greatest weapons we have in life is the support of those who love us. Shelly was never on the battlefield alone: she had a man who loved her protecting her with all that he had…doing all he could do. Her pain was his; her struggle his own. And the joy of her victory magnified one hundred fold.
Here’s to all the warriors and the lesson we learn from them, namely, that the human spirit is stronger than anything that can happen to it. 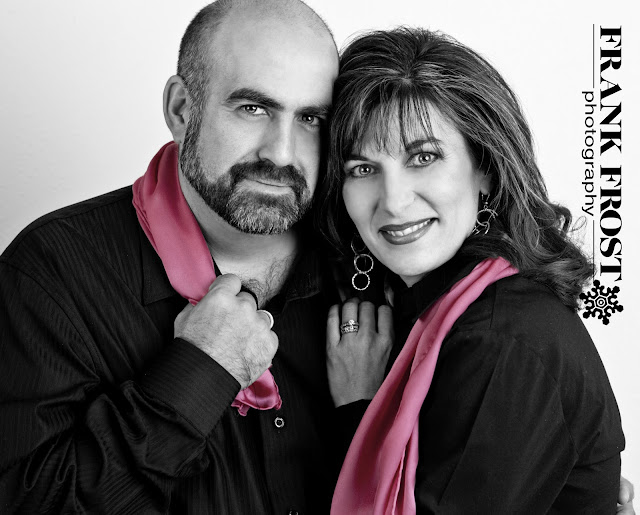 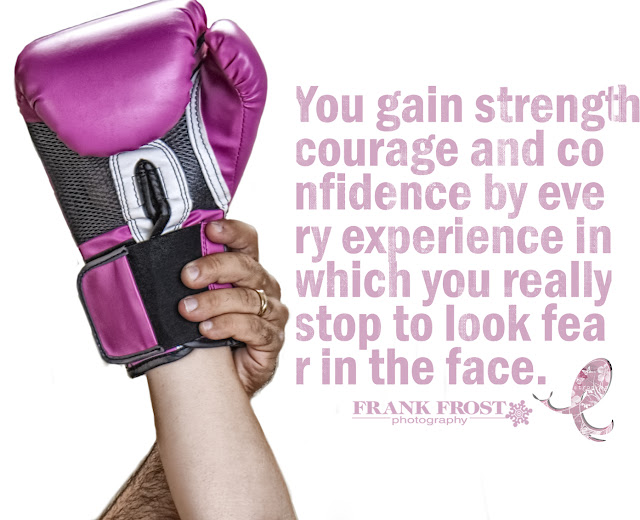 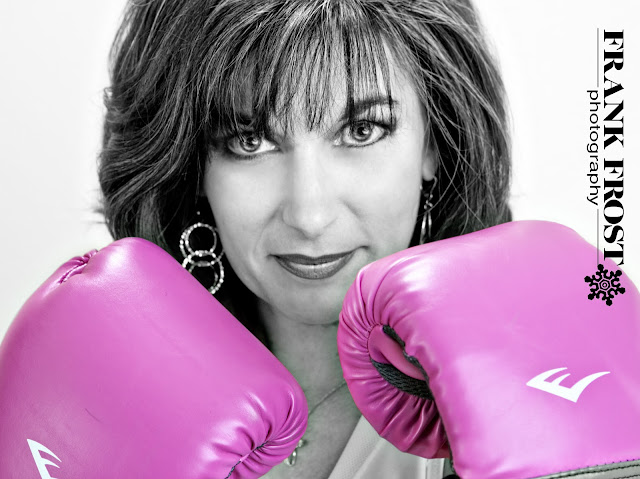